"We already faced it on the first season, so on the second season, as I told you, the biggest change was that they, unfortunately, took more time between episodes, but what I like in episodic structure is that it allows us to make some quick adjustments between episodes, even if the main story is written from the beginning," he said. "With the episodic structure we can make some little adjustments regarding the feedback and the player choices. So, for example, in Episode 1 you have the character of Lyla, and for us, at the end of the first episode when Sean calls Lyla and says 'okay, goodbye', and breaks his phone, for us the story was done. But we had a lot of feedback from the players that loved Lyla so much, so we said 'okay, let's bring her back in Episode 2' and give the player the possibility to call her again, even if it will have bad consequences on Sean." 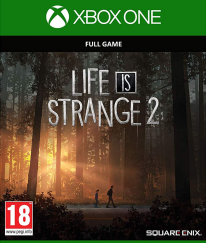