"We were able to come up with something completely brand new and what that allowed us to do was make something that really fits with the style of game we're making, that really fits with the toys and that innovation that's really the heart of our game. So what that let us do is we were able to create a really cool cast of characters that mesh really well and allow you to play as any one of them. We were able to create really interesting factions that you encounter throughout the game [...] There's a dynamic system going on underneath the hood that allows you to simulate the entire conflict between the legion and the factions, it's happening all the time."

"We were super lucky to be able to work with Nintendo and integrate the Star Fox brand, cause we're all super huge fans of the Star Fox brand, obviously. What works about it is that Star Fox, himself, and his crew, are an independent-spirited group of people and it fits with our story and the kind of world we're building so they were able to integrate really seamlessly into our story and into our game. They're obviously in Atlas for their own reasons, but they partner with Starlink and each group try to help each other. So Star Fox has its own group of missions, its own sort of side story that you can enjoy on the Switch, and also in the beginning of the game and much of the game is actually different, you'll hear a different dialogue, you see different cinematics on the Switch, because we really wanted to integrate Star Fox into the story rather than having him feeling too much like the side thing."

"I love sleep. My life has the tendency to fall apart when I'm awake, you know?" - Ernest Hemingway

When I get sad, I stop being sad and be awesome instead. True story.

"I love sleep. My life has the tendency to fall apart when I'm awake, you know?" - Ernest Hemingway 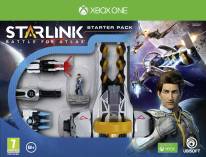