DiRT Rally is the most authentic rally game ever made, with a highly sophisticated handling model that perfectly captures the exhilaration of driving cars at the edge of control while tearing along treacherous, undulating tracks at breakneck speed. Its high-risk, high-reward gameplay challenges players to learn and master three different disciplines: the point-to-point races of Rally, the tight circuits of Rallycross, and the legendary slopes of Hillclimb.

Players will hurtle down the most dangerous tracks in the world, from the crumbling hillsides of Greece to the icy forest trails of Sweden and on to the rain-drenched dirt roads of the Welsh countryside. As they get to grips with rain, snow and fog as well as hairpin bends, slippery asphalt and loose gravel, players will fine-tune their cars to suit the terrain, weather and their own driving style.

DiRT Rally puts players behind the wheel of over 45 of the most iconic cars from the 1980s to the present day, including the MINI Cooper S, Peugeot 205 T16 Evo 2 and the Lancia Delta S4 from the celebrated Group B era of rally racing.

"DiRT Rally offers players a thrilling, mud-splattered racing experience, but under the bonnet, it's a meticulously-crafted game," said David Stephen, Managing Director of Feral Interactive. "As they tweak the brake bias and gear ratios of their cars, and take their skill and concentration to the limit on every combination of road surface and weather condition, players will discover a great game that's driven by detail." 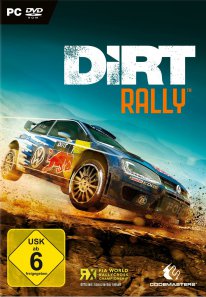