"About 18 months ago, this series of strange things started to happen. I started to get all these accolades. I got a BAFTA Fellowship. I got a Lifetime Achievement Award in Spain, another in Italy, over in the States I picked up a few more. They were all coming in.", säger Molyneux.

Han fortsätter: "Of course, I was unbelievably proud of it. But eventually I took a long hard look at all these awards lined up on the mantelpiece and asked myself, do I really deserve these? Are these a representation of everything I've done before? I couldn't believe it. Is this it? People were saying 'you've done it all, Peter'. Have I?"

Men vad som verkligen fick honom att lämna var Microsofts omhändertagande. Molyneux förklarar: "I had this unbelievable desire to make something special," Molyneux explained. "Of course I didn't have the idea for the game itself, partly because when you're at Microsoft any idea you have is property of Microsoft."

"But then, this terrible thing happened to me. One day I was at the studio sitting on my chair, in the zone, my eyes closed, my headphones on, blaring music in, trying to think of ideas for Fable: The Journey., fortsätter han.

"Suddenly I felt my chair move. I looked around. Standing there was the Microsoft chair adjustment personnel, this nice woman who comes over once a month, fiddling with my seat settings to make sure it was posturepedically correct. I thought; this is insane.", berättar Molyneux.

Han avslutar resonemanget: "Microsoft was so safe. Microsoft was so nice. You're so supported. Everything I did couldn't hurt me, both creatively and physically," he explained. "The danger was long gone. I had this huge desire to make something truly special, and I felt like I was being suffocated creatively a little bit. That was the moment I realised I had to go."

Fable: The Journey floppar i UK

What right have you to deny my existence?

Haha, har DU läst artikeln? "I felt like I was being suffocated creatively". Suffocated = kvävd. xD 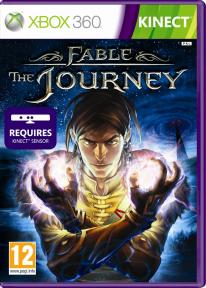