General:
- Added game event calls for onslaughts to explain to players that they need to fight their way to the safe room.

- All maps received minor tweaks and bug fixes , the significant changes are listed.

- Switched out L4D2 mounted gun for the L4D1 minigun.

- Removed exploit where survivors could get onto a roof near the drop down to the river.

- Switched out L4D2 mounted gun for the L4D1 minigun.

- Removed exploit where survivors could jump onto the top of a generator during the finale.

Cold Stream 2 - South Pine Stream:
- Removed "shortcut" through the bushes between a pair of barricades leading to the barrel explosion event.

- Added tooltip to prompt players to fight to the safe room when the onslaught begins.

- Tuned the horde numbers back a bit during the onslaught event.

- Blocked ability to get under the river.

- Rebuilt catwalk under the bridge to prevent players getting caught on geometry.

- Removed ammo pile in the shop just before the junk yard, but kept the weapons.

Cold Stream 4 - Cut-throat Creek:
- Added some light cover for the tank in the basin area.

- Removed survivor manhole exit into the second half of the map.

- Added side-hall in the sewer as a shortcut for infected players going to the second half of the map, and as a strategic place to spawn in the sewer.

- Added new truck depot area near the tower for infected to spawn in.

- Opened a warehouse door for infected to spawn in.

- Rebuilt stairway up the finale tower to prevent players getting caught on geometry.

"People assume that time is a strict progression of cause to effect, but *actually* from a non-linear, non-subjective viewpoint - it's more like a big ball of wibbly wobbly... time-y wimey... stuff." 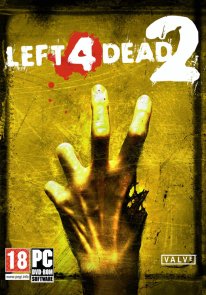