"At the end of ACII we realised that the PS3 was sort of an afterthought - or, not that it was an afterthought, but we hadn't fully debugged it until the very end, and we had a bunch of frame-rate issues and quality issues," säger level design content director Phillipe Bergeron.

"This time around we knew that, because we went through it once, so we decided to attack it from the beginning and I think the final product is much more on the level, and even on some parts, the frame-rate is probably sometimes better on the PS3 than it is on 360.", avslutar han.

This is episode 666 destination Chaos! 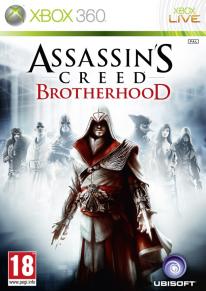 Naruto: Rise of a Ninja

Prince of Persia: The Forgotten Sands