Killzone 3 is a first person shooter game where the player takes on the role of Sergeant Thomas Sevchenko.

The game picks up right where Killzone 2 ends. Sev finds himself sitting on the stairs of Scolar Visari's palace as an army of Helghast is approaching from above. The ISA attempt to revive the fallen Visari but it is alas to no avail. The ISA forces lead by Captain Narville are stranded in Helghan (the planet of the Helghasts) as the rest of the ISA fleet is retreating and leaving us behind. And so begins a long action packed journey for survival.

Killzone 3 is a superb game that consists of about 5 hours of singleplayer campaign along with a very fun multiplayer mode. The gameplay and the animations to the gun as you move give a very special sense of weight. The weight while reduced from its predecessor is still there when compared to most game in its genre. It is a technical marvel and one of the top looking games on consoles, right behind God of War III/Ascension and ofcourse the latter two Uncharted games.

Guerilla Games have really overdone themselves in the graphical department. The visuals are stunning and they really listened to the complaints about Killzone 2 being too gritty and dark looking. Some might say this made Killzone 3 lose its "soul" but I wholeheartedly disagree. It is a very welcomed addition. It offers variation and as a Killzone 2 fan: I could not play Killzone 2 for too long due to the color palette. The gritty atmosphere of Helghan really immersed the player and added an atmosphere that is absolutely enchanting but ultimately I feel that more of the same would have been a bad choice in this regard.

Back are all the guns that you have grown attached to and they are all more accessible than ever. You will literary go from gun to gun feeling one gun is your favorite only to change your mind next week due to another gun feeling even better. The balance is really perfected after Killzone 2 which only had about one gun that the majority of the players used (MA-82 all the way!).

The soundtrack is great with some memorable tracks but what really stands out is the great overall sound design of each gun. I keep being amazed as you fire the last bullets and you hear the magazine is about to run out of bullets.

The voice acting could be somewhat improved and it feels out of sync at times, but it is still better than quite many games, especially for a first person shooter.

One minus that really stood out to me was the rushed ending however. The game ends quite abruptly which leaves you hanging and it continues to tease towards the end. It is quite a daring move and leaves a lot to be answered, but it could have been far better executed. Another strange design choice is the lack of clan support from multiplayer which was added for Killzone 2.

And now over to one of the biggest changes that ultimately was a wrong move by Guerrilla Games: The recoil in the multiplayer.

In Killzone 2, the somewhat heavy feel and lack of auto aim with more recoil allowed for longer survival rate and ultimately the game was about learning to aim your gun properly and tap fire in such a way that the bullets would be more accurate.

In Killzone 3 and what a lot of people say when they mean "It's like Call of Duty" is that when you see somebody, all you have to do is put the aim on him and just hold down the fire button.

Now I believe a real soldier should know how to use a gun and thus a real life scenario is likely to rather play out as it does in Killzone 3 than 2 HOWEVER some people LOVE Killzone 2 because of the fact that it was more.. hectic in a way. You have to remember that it IS a game after all.

Thanks to the harder way of dying/killing in Killzone 2:
You would go with your team mates against the opponent and their team mates. You would see 6-7 Helghasts, and you would be with 6-7 ISA members. You all would just run out and try to get your bullets onto one another. This allowed for a "war feeling" where you saw many soldiers right over your shoulder as everyone was struggling trying to kill the other person. You got to enjoy the actual struggle of killing others while watching your friends die. In Killzone 3 however, you're usually on your own and even if you are with friends: Encounters are usually very short in comparison to Killzone 2.

Inbrief:
Killzone 3 is more of a twitch-shooter. You see someone and your reaction time is what determines most of the outcome. In Killzone 2 while the reaction time gives an advantage: You still have to know your gun to a certain level. It feels much more 'alive' and dangerous.

Another dislike would be that the maps are not as well designed as Killzone 2. The tactical spawn system is not as great as the tactical grenade system although I can see why they would try out something different. It just is not working, unfortunately.

Overall Killzone 3 is a great first person shooter and while it falls short compared to the masterpiece that is Killzone 2: It still is a great game and definitely worth your time.

Final Verdict:
(not a representation of the final score) 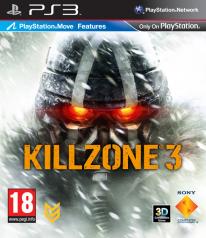