God of War III is a hack n slash game where the player takes on the role of Kratos, a half god and son of Zeus.

God of War III picks up right where God of War II ends. Kratos is on top of the titan Gaia and the Titans are climbing mount olympus while fighting the Gods. So is God of War III the game everyone hoped it to be?

God of War III is perfection personified all the way from start to finish. The game lasts about 9-10 hours and is one of this generations best looking games (only beaten by Naughty Dogs 2.0 & 3.0 engine). The animations are natural, the music hits every right spot and the game is just pure entertainment with a brutal taste for blood.

Santa Monica Studios have managed to balance the combat with the puzzles in such a perfect way that the game never tends to feel boring or dull. The boss battles are all beyond any other game to date and it truly is hard to pick one favorite out of the 9-10 battles against famous gods and titans. The scale of this game is insane and the character model of Kratos is so immensly detailed that only Nathan Drake from Uncharted 3 stands a chance of taking away the crown for the most detailed character ever.

Despite minor flaws such as a simple combat arena after you beat the game which does not really give much of a replay value, this game is an experience and more developers should focus on the singleplayer aspect of games instead of just throwing in a multiplayer for the sake of replay value. This makes God of War III as a result deserve far more playthroughs than just one.

God of War III is a pure masterpiece and a game every Playstation 3 owner must own. The sheer scale of this game and the boss battles are insane and quite frankly epic. A 10 being described as a Masterpiece, meaning that the game manages to deliver beyond any other in its genre:
That is God of War III, from start to finish.

This is a game you do not want to miss!

Final Verdict:
(not a representation of the final score): 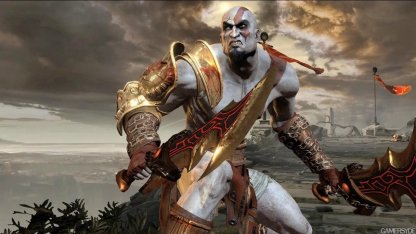 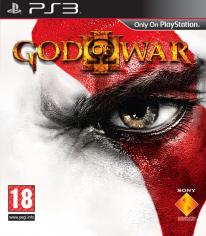