Who said Liverpool was unbeatable this season? Ok, ok, our fictional myClub Arsenal have Pogba and Rodrygo with them, but our rival has Iniesta and anyway our GR Spain players Javi Galán & Carlos Fdez just wanted to make GR UK's EIC Mike Holmes dream for a little while. Isn't that cute? 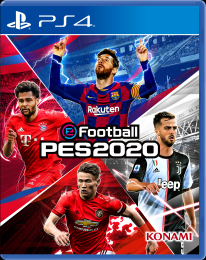 Epic Games to Play in Isolation