Charles Leclerc won the Virtual Vietnam Grand Prix (which was actually raced on a different digital track) this weekend, topping the podium on his esports debut ahead of Renault's junior driver Christian Lundgaard.

The 29-lap race took place in F1 2019 on the Albert Park circuit (Melbourne), with the Vietnam track not in the game just yet. Leclerc dominated from the start of the digital race, which you can watch in full here, after the official race was cancelled due to the ongoing coronavirus pandemic. 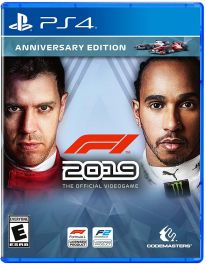